The Dynamics of Mass Shootings

I have been thinking about what I want to say about having yet another school shooting last week. The fact that, since 1982, only three mass shootings have been perpetrated by women makes this a slam dunk male issue. And out of nearly 100 mass shootings since 1982, 57 were white. I think we need to be talking about this. 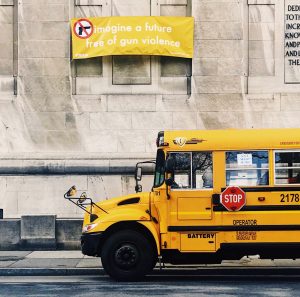 I believe our country needs to do a better job addressing what needs to happen in order to change how we are raising our boys. One of the main problems in my mind: entitlement. An estimated 30 percent of mass shootings were perpetrated by a disgruntled employee who felt wronged by an employee or colleague and even more had something to do with sexuality and/or an entitlement to sex.

For example, the 2014 shooter in Santa Barbara, who killed six people and injured 14, posted in a video before the killings, “You girls have never been attracted to me. I don’t know why you girls aren’t attracted to me, but I will punish you all for it. It’s an injustice, a crime because I don’t know what you don’t see in me, I’m the perfect guy and yet you throw yourselves at all these obnoxious men instead of me, the supreme gentleman. I will punish all of you for it.” There are also reports that the 2018 shooter in Parkland, Florida on Valentine’s Day had recently been rejected and had gotten in a fight with his ex-girlfriend’s current boyfriend. The shooter last Friday was also rumored to have recently been rejected.

Entitlement is not the only problem we need to address. Many of these shooters have experienced enormous amounts of social isolation, often years of bullying or other types of abuse, and grow a profound sense of hopelessness and resentment.

Mental illness and access to adequate mental health services are important issues, but I believe many often scapegoat this problem onto “mental illness.” For examples a Vanderbilt study found that, from 2001-2010 there were 120,000 gun-related killings and only 5% were committed by people with a diagnosed mental health disorder.

While I believe there are very important conversations happening right now about what our country needs to do make our schools and public spaces safe, I hope we don’t loose sight of discussing and addressing the men who are pulling the triggers, as well as, the factors that have contributed to them feeling they have the right to take another person’s life.